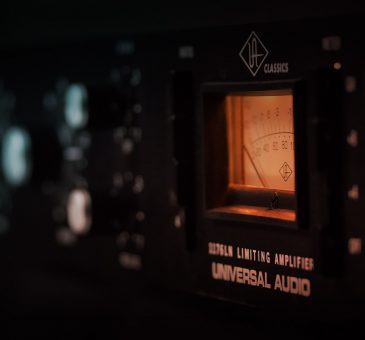 The choices of compressor circuit types.

Let’s look at the different types in Logic / Ableton or Outboard gear:

There’s more to compressors other than parameters; they usually add a ‘sound color’ to any audio passed through them, and some hardware units have a sonic character that is desirable to many, which is why they are in such demand and why companies such as Universal Audio and Waves go to such great lengths to emulate them in software. Hardware compressors utilise specific technologies to control signal levels, and these, along with circuit‑induced distortions, are what the companies are trying to model.

This is Logic Pro’s original compressor ‘model’ and it can still be useful in some situations, as it has a fairly transparent quality.

Based on a transistor-based Focusrite compressor, this circuit will suit most styles of music as it is clean, transparent and non-aggressive. Very good at subtly gluing your mix together without adding much in the way of character.

Allegedly based on an UREI 1176, we find that this is more similar to an SSL Bus compressor due to the way that the knee hardens as the ratio increases. Can be very aggressive if pushed hard and only really recommended for punchy Rock, Dance, R&B and Hip Hop tracks.

ClassA_R & ClassA_U: Quite what these emulations are based on is anyone’s guess, but the names suggest variable ‘mu’ devices combined with Class-A amplification, similar to devices from Manley Labs.

Uses Field Effect Transistors. Compressors based on these designs have a ‘valve like’ sound, but are also capable of pretty fast response times. Examples include the Universal Audio/UREI 1176. Perhaps a bit too aggressive for the mix bus. Worth a try if you are looking for something more extreme from your bus compression.

Uses a Voltage Controlled Amplifier. Known for their fast gain‑reduction abilities, examples include SSL’s famous bus compressor and the Dbx 160. Often an excellent choice for bus compression due to its responsiveness. This should behave like an SSL compressor but is less punchy than the Class A_U and behaves more like the Joe Meek style of VCA compressor. A good all-round choice when you want to control the mix, add glue or make it groove harder.

Uses a lamp and photoresistor. By their nature, optical compressors react quite slowly to transients, which can be a good thing in some cases! Examples include Teletronix’s LA2A and the Joe Meek/Ted Fletcher designs.In theory, this could be a great choice for slower tracks where a very smooth, warm sounding compressor is require. Unfortunately, Logic’s Opto compressor is nothing like a real one and therefore cannot be recommended!

As helpful as this knowledge can be as a guide, we still recommend that you experiment with different circuit types as compressors have be known to pleasantly surprise! It’s also a good way to really get to know the characteristics of each circuit.